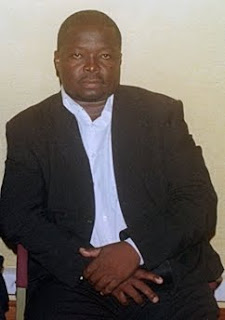 Everyday I hear about freedom of speech, and everyday I hear about a journalist in some remote country who is locked up or even killed for giving his or her opinion. That is how Bibi Ngota (Editorial director of Cameroon Express) found himself in Kodengui Central Prison where he died in detention. He should not have been there in the first place merely for speaking the truth. The US embassy diplomatically chided the Cameroon government for human rights abuse in these words, “The Embassy reiterates its concern for the respect of human rights in Cameroon, including freedom of the press and freedom of expression.” The government through the minister of communication: Issa Tchirouma Bakari said he died of HIV/AIDS. He was not sick of HIV before he went to jail. How did he die of AIDS in jail within a few months? What they knew he was sick off was hypertension (High Blood Pressure). Why did the government seize the coroner’s report? These questions paint the caricature of a limbless man called freedom of speech.


Family or friends sideline you when you give your opinion especially if it does not match their whims and caprices. Many have lost bosom friends, and others have lost their freedom and lives. Surely you can remember Lapiro De Mbanga who has been falsely convicted and imprisoned for inciting revolt. So how much of your opinion does the world want to hear? An errant personal opinion could fetch you a slander or libel suit. If your opinion disrupts the peace of the community, then you could lose your freedom or wallet.

But we have seen in many situations where the person is speaking the truth, yet people have tried to shut them up. Bibi Ngota is the scapegoat whose only crime as a journalist was informing the Cameroonians that Paul Biya is like Bally Bally (a three arm bandit). Lose not hope; no one can shut the mouth of the truth speaker. It is a war they will never win, so they should not start it. Please enjoy these anecdotes.

The first anecdote comes from I Kings 22:8-41. King Ahab of Israel asked Jehoshaphat the king of Judah if he had listened to all the different opinions about going to war. Jehoshaphat told him that there was one man called Micaiah they had not listened to. Take note; people know those who speak the truth in every community even though they don’t like them. The king didn’t like Micaiah’s opinions because according to him, he was against him. Can you relate to that? There are people in our communities we do not like to hear from because we think that their opinions will always be against us.The government killed Bibi Ngota because they were afraid of his opinions.

Nonetheless, they sent for him still because it was expedient to hear different opinions. When the different prophets came, the kings were sitting on their thrones to listen to them prophesy. The praise singers flattered them, but Micahiah gave them his mind, and what the Lord had spoken to him. They advised Micaiah to go with the flow because everyone had prophesied according to the sweet music of the kings’ ears. Micaiah told them that they would lose the war. An older prophet slapped him on his cheek as a reprimand.

Nevertheless, there are occasions when we must keep our opinions to ourselves even if they are right. When Paul was being questioned before Ananias, he began to run his mouth and the high priest ordered his guards to smite him on the mouth. So Paul turned and told him “God shall smite thee, thou whited wall: for sittest thou to judge me after the law, and commandest me to be smitten contrary to the law” (Acts 23: 2-5). Paul was informed that he was speaking to the high priest and he apologized.

In the New Testament, John the Baptist lost his life for criticizing Herod Antipas’s marriage. Herod Antipas divorced his wife to marry Herodias his own niece and the wife of his half brother Philip. Herod respected and protected John because he was a good and holy man, but he was worried each time John spoke though he still liked to listen to him (Mk 6:20). Herod Antipas was banished into exile in Lyons by Caligula. The abuse of power for which he killed John the Baptist finally deprived him of the kingdom that he so craved much.

As you know, when Jesus was killed for speaking the truth, God avenged his death. Though his death was not a loss; actually it was a blessing to himself and to mankind because he went to be with his father, but he also gave salvation to mankind. However, those who killed him suffered considerably. When the council arrested the disciples, they asked them to keep their mouths shut. You will have to decide whether to obey men more than God. I know that Bibi Ngota will be avenged. Those who killed him will lose plenty of sleep.

Are your superiors slapping you on the cheek because you utter your opinions? Fear not, the Lord will fight for you. Let us go back to the story of Micaiah. The king ordered him to be locked up. He lost his freedom for giving his true opinion. Many have lost even their jobs, lives and other things that were precious to them. But listen; take this from me, be still for the Lord will fight for you. The same opinion that was rejected was what killed the king and haunted those who sabotaged Micaiah like Zedekiah. The king died in the war, and Micaiah had the last laugh. Truth speakers always have the last laugh!

Those who have killed Bibi Ngota will not live eternally. Even if they have a dead and seared conscience, their evil will live with and after them. Tremble and I say tremble because the voice of the innocent’s blood always cries unto God from the ground. If God be for you, who can be against you? Those that shed innocent blood shed their internal peace. While the innocent go to rest, they stay to wail as their evil ravages their internal joy because though plastic surgery may repair a damaged face, a plastic smile will be insufficient for a miserable life. Bibi Ngota should go and go calmly, knowing that his death will be avenged and his cause for freedom will never die, no matter the amount of blood it may cost; it will always be purchased by the common man.


Until then, shy not from giving your opinions. 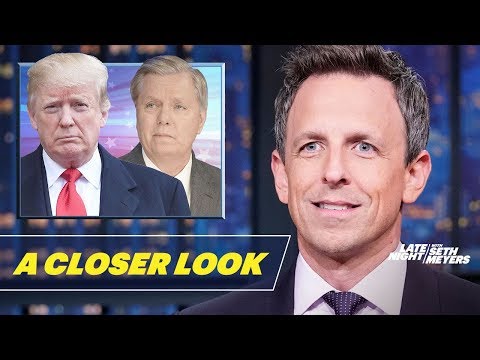